Walls as Metaphor for Divided Philosophies 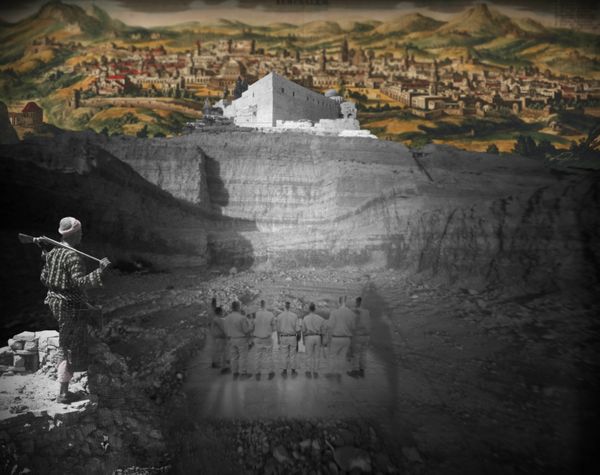 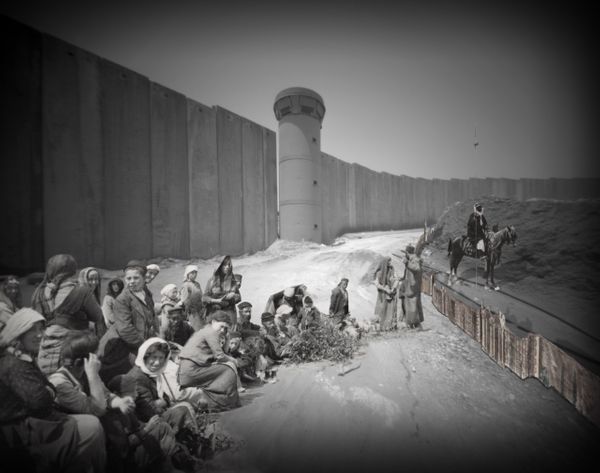 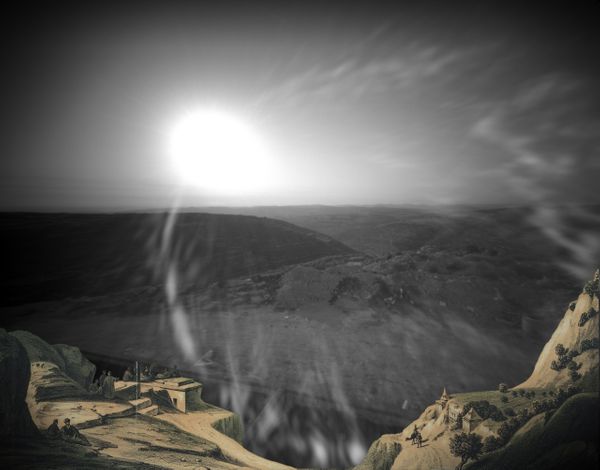 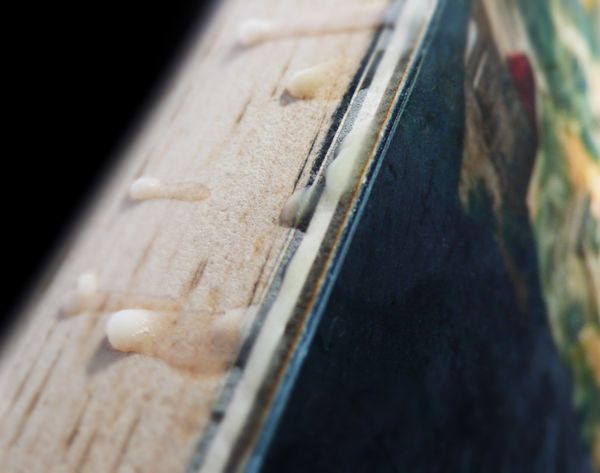 Walls as Metaphor for Divided Philosophies

Walls have been constructed to separate one from The Other since before recorded time.

This work is a representation of the Post-Modern tenet that multiple realities exist, including for those affected by wall building on all sides of their physical and metaphorical borders. This series is an exploration of the countless ambiguities resulting in wall building specific to the Middle-East, yet related directly to other lands. Of the 51 fortified boundaries built between nations since the end of WW II, half were constructed since the year 2,000. The physicality of the wall is a given, but the wall as metaphor for barriers from The Other was the impetus for this work.

Each assemblage in the series of 12 is comprised of up to 10 separate source maps and photographs. The maps and map border illustrations included in the works date from the 15th to the 19th centuries. The majority of the maps are one of a kind, drawn in part by missionary artists of the Catholic Church. The historical portraits date from the mid to late 19th century.

Access to these collections came from the Cartography and Manuscript departments of the Jewish National & University Libraries of the Givat Ram campus of the Hebrew University in Jerusalem. I wish to thank the archivists of these collections for their guidance and patience during my days of research.

The materials selected for these works were not selected for aesthetic purposes alone, but for metaphorical significance. As a result, the works naturally evolved into an undefined series with multiple complex layers. The bases of the photographs are bound to are representative of the wood used by each of the three dominant faiths of the region; Christianity, Islam, and Judaism, all of whom live within this tiny New Jersey size region. The wood is a signifier of the crucifix, of olive tree groves owned and maintained by Palestinian Arab populations, and of the unadorned pine wood boxes Judaism requires Jews to be buried within.

The encaustic wax medium covering the photographs, is an acknowledgment of these same faiths, as each burn candles for celebration, as well as to morn their dead. The composited softened images, made defuse from the encaustic, is a metaphor for the multitude of issues involved when a population decides to build such walls.

To make the contemporary photographs, I traveled to Israel and to the Palestinian territories using the lens-less 4x5 pinhole camera. I chose this tool as homage to the scientist Al-Hasan Ibn Al-Haytham. Al-Haytham, a Persian Arab (965-1039 CE), was the first to describe the theory of the camera obscura, the predecessor of the pinhole.