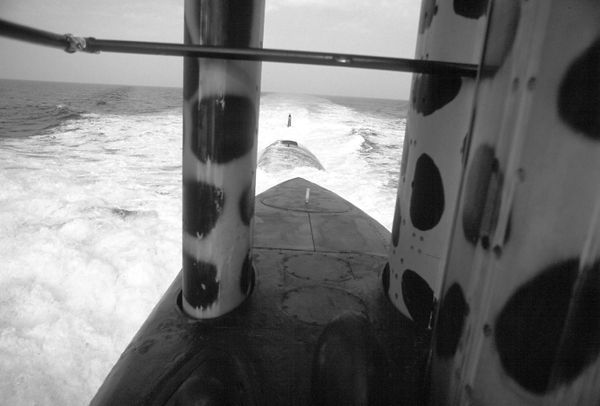 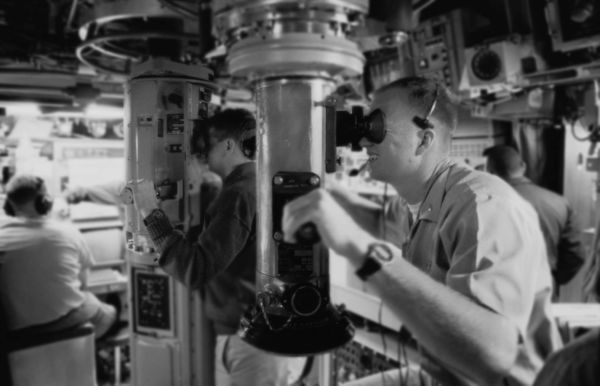 Over the years I have made many photographs of those who work on water. If I had a romantic image that these individuals had chosen beatific solitary lives on the sea, it took me little time to realized that this was not the case. These jobs fluctuate from difficult, to boring, with much in between.

In spite of this, I have been drawn to these places and these people, as there is a timelessness about these jobs that pulls me towards them. Life on the sea may not be easy, but there is a historical sameness for these people to those who came before them.

Shown is one such excursion. I spent four days on the USBN 737 Kentucky fast attack submarine. I could tell no one where I was flying to , where I would be returning from, or who and what I was meeting.

As years have passed since, I can now tell you that I flew from my home in Chicago to Jacksonville, Florida where I met the submarine and its crew. Four days later, I found myself in Groton, Connecticut. Between the two cities, the sub was mostly under the surface of the Atlantic.

The USBN Kentucky has been awarded the Omaha Trophy for excellence in strategic deterrence by the U.S. Strategic Command -STRATCOM.

Other subjects from this series include in part; Maine Lobstermen, U.S. Coast Guard zodiac rescuers, oil workers on a rig in the Gulf of Mexico (my assistant and I were flown via helicopter to the rig where we remained for two days), iron ore cargo ship workers, fireboat firemen, water researchers on a fresh water 5 mile from shore water intake crib, tug boat workers, life guards, and sailors on the Sault Ste Marie based USCGC Katmai Bay U.S. Coast Guard ice breaker.